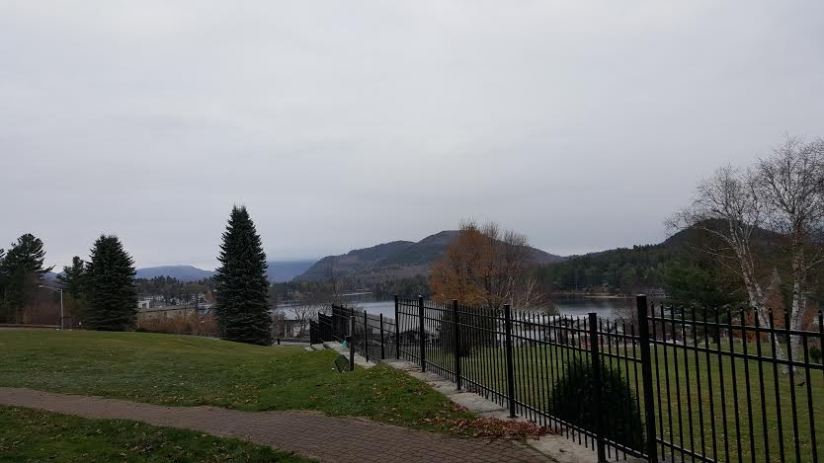 As my father grew more frail in his last few years, I found myself taking on some of his bucket list so that I could at least share my experiences with him, telling him in person with pictures in hand, if I could, or by writing him.  The latter involved pen and paper, as he steadfastly refused to have anything to do with computers.

The Berkshires were a favorite topic of my father’s, and familiar to me from story and personal experience. However much my father cherished memories of the Berkshires, revisiting them was not part of his bucket list.  The Adirondacks were. I never learned how my father came to yearn for a chance to spend time in the Adirondacks, but he did visit his brother at Rensselaer Polytechnic Institute when he was about ten years old, and may have seen them off in the distance, or traveled through them when he took the train from New Haven to Seattle in 1942 after officer training school. Whatever the genesis, my father always loved mountains. When I was growing up in Atlanta, my family ended up vacationing in Florida, but once we children were older, my father’s preferences were clear. He always drove north when he had time off, to northern Georgia or western North Carolina, drawn to lakes and brooks cradled by mountains.  I share that attraction, fostered by trips to state parks when I was the last child at home, staying in lakeside cabins in the crook of a line of ridges.

In the summer of 2014, my husband and I planned a small family reunion in the Adirondacks, near Lake George.  We had all four kids, two sons-in-law, and most of the seven grandkids all together for the best part of a week.  My father was delighted that we had revived his practice of small family get-togethers, and listened attentively to my descriptions of the cabin, the beauty of the wilderness in the mountains, and the trip to the “civilization” of Lake George Village, with its visit to Fort William Henry.

Last October, I attended a conference in Lake Placid, in the High Peaks region of the Adirondacks. Driving into Lake Placid, I realized how much my father would have loved the surrounding mountains, the calm lake. Well, he would have loved it in the summertime or in the spectacle of its autumn colors.  My father was no friend to snow, so the snow veiling the high peaks would have detracted from his enjoyment of the view, but I know he would have felt he could relax, breathe deeply, and take in the view stretching miles to the distant mountains.

Although I was four months too late to tell my dad about this part of the Adirondacks, or to show him any of the pictures, I knew why he had always wanted to see the Adirondacks, as clearly as if we had spoken about it. Although more worn than the Rockies, the mountains shake free of the deciduous trees first, then shake the evergreens off their granite shoulders, reaching respectable heights of three thousand to over five thousand feet. Lakes melted from glacial ice reflect the sky, mountains and trees, witnessing the truth of names like Mirror and Placid, while rivers pound through granite gauntlets, frothing white, throwing mist into rainbows above the water.

At night, the stars spread across the sky, glistening in the clear, crisp, air.  Villages dot the scenery, small lines of lights delineating the streets, but disappearing quickly in the stony, wooded wilderness that marches to the edges of lakes and roads. It seems impossible that one is in the 21st century, especially when night hides the accoutrements of recent civilization.