Here is another installment of the current story. The following lines follow immediately the snippet from last week. are a new scene, just a few hours after the earlier snippets. My math is 13 sentences for the digits of the year added together, plus one to finish the thought. This blog hop is hosted by Emily Wrayburn at Letting the Voices Out, and other snippets can be found here.

Anya sighed, her hand trembling briefly before she pulled it out of his grasp. “Remember when I needed to work at the university in Kiev?”

“Yes, of course. You were there for a month.”

“Six weeks,” Anya said, then bit her lip as a blush washed up from her collarbone.

“Valeriy was working as a clerk in the archives.”

Kiryl stifled his surprise at her use of the young man’s Christian name, and swallowed the question that almost poured out. Anya would tell him when she wanted, or needed, to do so. Changing tacks, he said, “He looked rather surprised when you did not acknowledge knowing him.”

Anya looked at him with a suspicious sheen to her eyes. “He hurt me. I wanted to hurt him.” 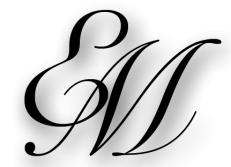 4 thoughts on “WIPpet for February 20”